What is a marine heat wave?

Do you know what a marine heat wave is? Imagine being outside in the peak heat of summer, walking in what feels like a sea of heat. Heat waves, during which temperatures are much hotter than normal, occur in the oceans as well as on land. An unusual warming of the ocean can have many cascading effects, not just for the organisms living in the water, but also those on land which rely upon the ocean’s resources. This was demonstrated in 2014, when the Alaskan ‘warm blob’ became a trending phrase, even outside of the scientific community. This unusual hot spot in the North Pacific Ocean, off the coast of Alaska reached a peak in 2016, ranking in the top five heat anomalies ever recorded. During this time, the top 100-300 meters of the ocean warmed up to two degrees Celsius, or three point six degrees Fahrenheit. That’s enough water to reach from one to three American football fields deep! It may not seem like that much of a difference but imagine how much energy is required just to heat a small pot of water. Now scale that up to the size of the Gulf of Alaska, and three football fields deep.

Figure 1. The “Warm Blob” off the Pacific Coast, image originally created by Mark Nowlin and published in an article by the Seattle Times. https://www.seattletimes.com/seattle-news/weather/warm-blob-in-nw-weird-us-weather-linked-to-ocean-temps/

Figure 2. Eyeing the seafood plate my mom wouldn’t allow me to order, what a shame!

While warm waters may sound great for swimming, the effects of this warmed water were not nearly as nice as you might expect. The higher temperatures were the perfect conditions for massive phytoplankton blooms, resulting in one of the largest harmful algal blooms (HAB) on record in 2015. This HAB led to a series of population and fisheries collapses, as shellfish were poisoned and the people and animals that fed on them risked ingesting harmful toxins. I remember my mom cautioning my dad and I on eating any shellfish that year (and frankly every year since) as it was all over the news that mussels and oysters from areas affected by the HAB went from aphrodisiac to ‘risky business’. The seafood loving people of the US West Coast weren’t the only ones affected.

Seabirds like puffins and common murres were starving, unable to find sufficient food. Diseases became more prevalent, as the added temperature stress provided ideal conditions for the acquisition and spread of diseases like sea star wasting disease. Sea lions, harbor seals and other top predators were washing ashore, disoriented or weak in the best cases and dead in the worst, due to domoic acid poisoning – produced by the algal blooms. Organizations devoted to responding to marine mammals strandings were desperate for funding, volunteers and assistance in response to the extremely high numbers of animals needing rehabilitation. 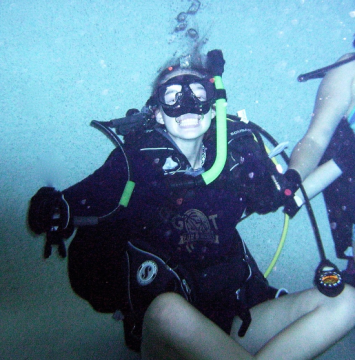 Figure 3. How I feel about not needing a wetsuit when diving in the Atlantic.

Although the ‘warm blob’ of 2016 went away, another one began to form in late 2019 before dissipating. In the last few decades, there have been fewer and fewer years between these heat waves and they have been getting more extreme on average.  Scientists studying the 2019 “Blob 2.0” have even suggested that conditions driving these heat waves will continue to become more likely with increased human-caused global warming (Amaya et al., 2020).

What will be the new norm? Will we see such strong impacts on so many different marine species each time these strong heat waves occur, or will they start to acclimate to these new extremes? Only time will tell, but one thing is certain, a bathwater temperature ocean doesn’t sound as appealing here in California as it was in Florida.

This entry was posted in Resources for Educators and tagged Vertebrate Ecology Lab. Bookmark the permalink.